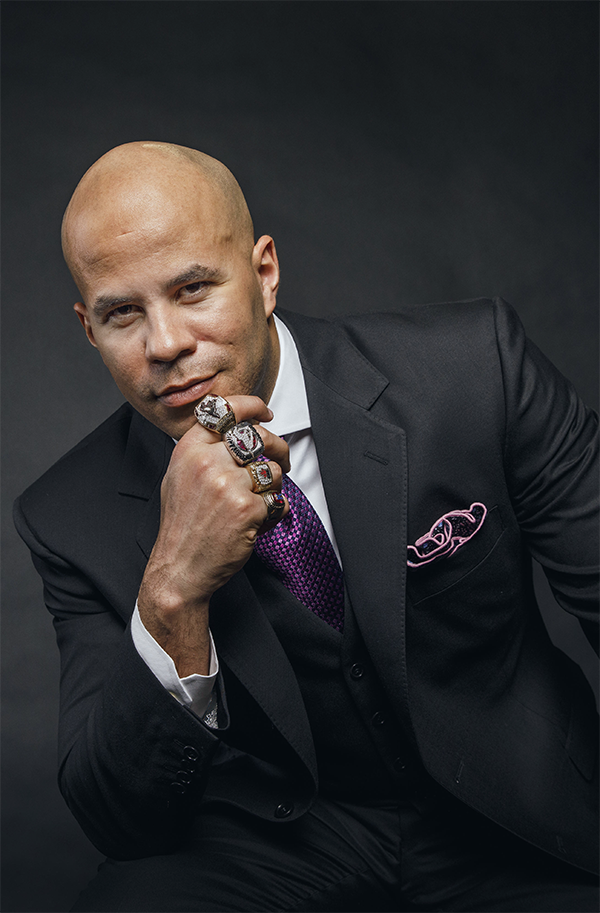 Jon Cornish is a Canadian Football Hall of Famer who spent a legendary 9 years playing for the Calgary Stampeders. Drafted by Calgary in 2006, he proceeded to break the record for rushing in a season by a Canadian in 2012, held by the honorable Normie Kwong for 56 years. The following year in 2013, Jon broke his own record finishing with 1813 yards. For that performance, Jon was awarded the CFL Most Outstanding Player and received the Lou Marsh Trophy as Canada’s top athlete. Jon won the CFL Most Outstanding Canadian 3 consecutive times and is a 2 time Grey Cup Champion.

Jon has always maintained a strong presence in the community, volunteering over 400 hours for the Alberta Children’s Hospital and the Calgary Foundation. Jon dedicated time to support the arts for the Alberta Ballet’s 50th season and he’s performed at the Jubilee in both the Calgary Opera and the Ballet. Based on his volunteer experience, Jon instigated the formation of the Calgary Black Chambers which provides the next generation a leg up.

While playing, Jon started working at a major financial institution in 2012. After 8 years in wealth management, he holds a Chartered Financial Analyst accreditation and runs an investment advisory practice with his wife Kiran at RBC Dominion Securities. 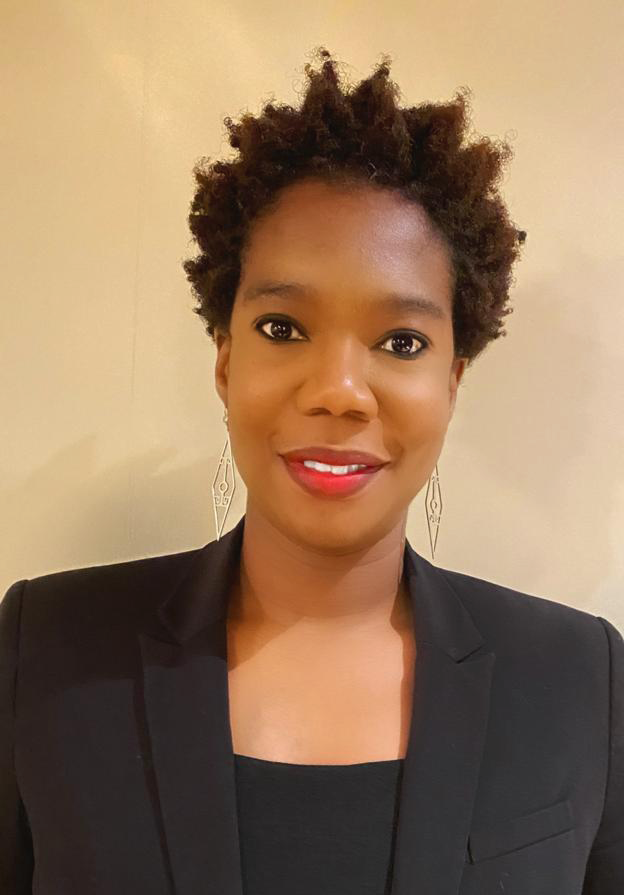 Chi obtained her law degree from Olabisi Onabanjo University, Nigeria, and a Master of Laws from the University of Calgary, Canada. Prior to immigrating to Canada in 2012, Chi practiced as a lawyer with one of Nigeria’s oldest law firms.

Outside the practice of law, Chi also serves on the board of Antyx Community Arts, a not-for-profit organization dedicated to engaging and empowering youth through the arts. She also provides pro bono legal services through Pro Bono Law Alberta and mentors internationally trained lawyers through Calgary Regional Immigrant Employment Council. 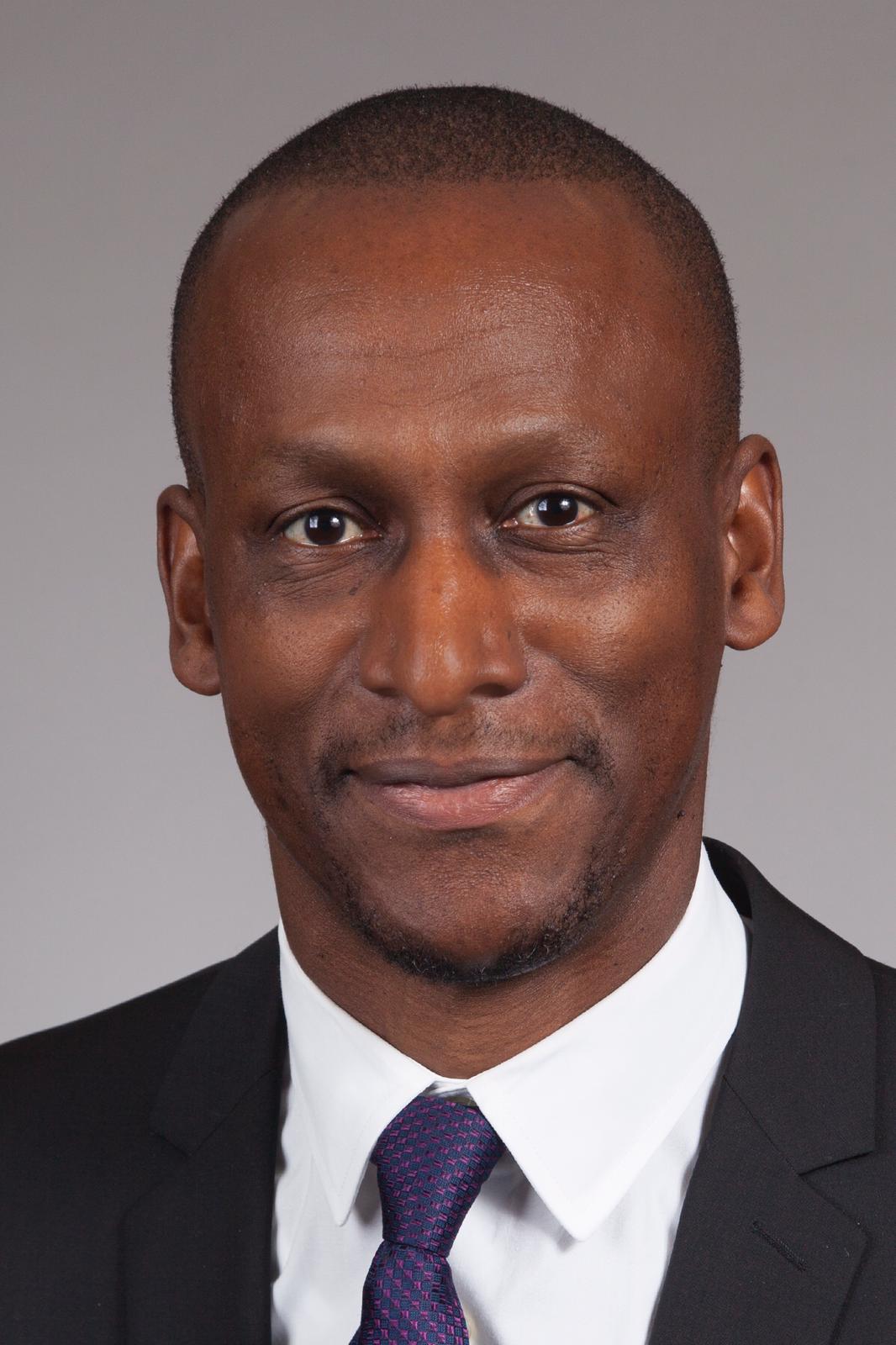 Kene Ilochonwu was born and raised in Nigeria. He graduated from Abia State University and the Nigerian Law School, and obtained a Master of Laws degree from the University of Strathclyde, Glasgow. Kene moved to Canada in 2007 and worked as a supply chain professional for oil and gas majors in Calgary and Fort McMurray for several years. He is currently a Legal Counsel at Parkland Corporation and a member of the Law Society of Alberta and Calgary Bar Association.
Kene is an active member of his community, he is deeply involved in volunteering and giving back. He has served in various capacities as a mentor to law students and internationally trained lawyers in Calgary through the Canadian Bar Association mentor program and Global Lawyers of Canada.
Kene is a member Anambra State Association Calgary and Igbo Cultural Association Calgary. He provides pro bono services through his involvement in the civil claims’ duty counsel with Pro Bono Law Alberta, and as a volunteer at the Calgary Drop-In Centre and Parkland’s Diversity and Inclusion Council.
Kene is an avid soccer fan (Up Chelsea FC!) and enjoys bike riding, exploring new places, daddy duties, connecting with people and quiet time. 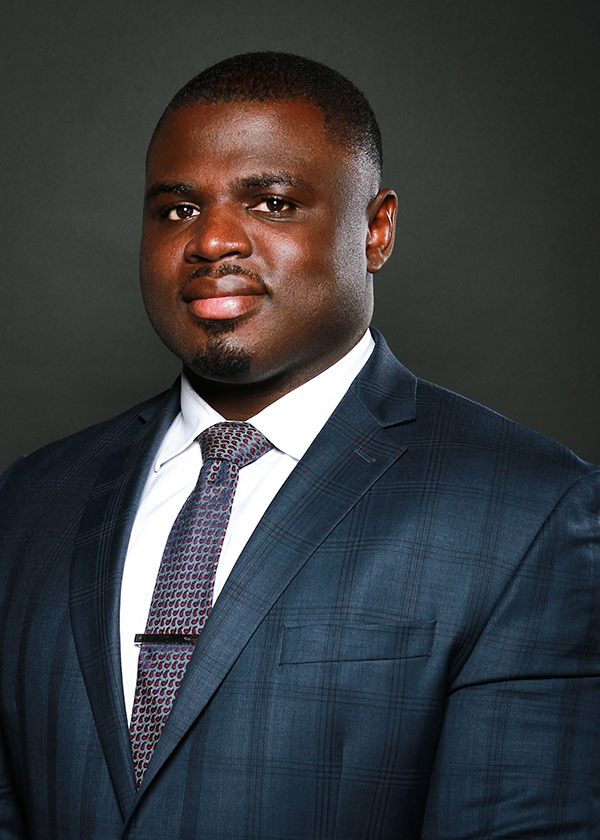 Co-Founder, Board Member, Fellowship Board Chair

Akwasi Antwi is a risk management and investment advisor at Sun Life, an insurance and asset management firm that helps individuals protect and build wealth. Previously, Akwasi was a professional football player with the Calgary Stampeders, BC Lions and Saskatchewan Roughrider in the CFL. Born in Ghana, Akwasi moved to Toronto, Canada earlier at a young age, where there is a large community of Ghanaians that still hold traditional and cultural values from the motherland.

Working with clients, trust and honesty are qualities that he holds in high regard. He values continuous learning and the strength of a community as a means to empower future generations. 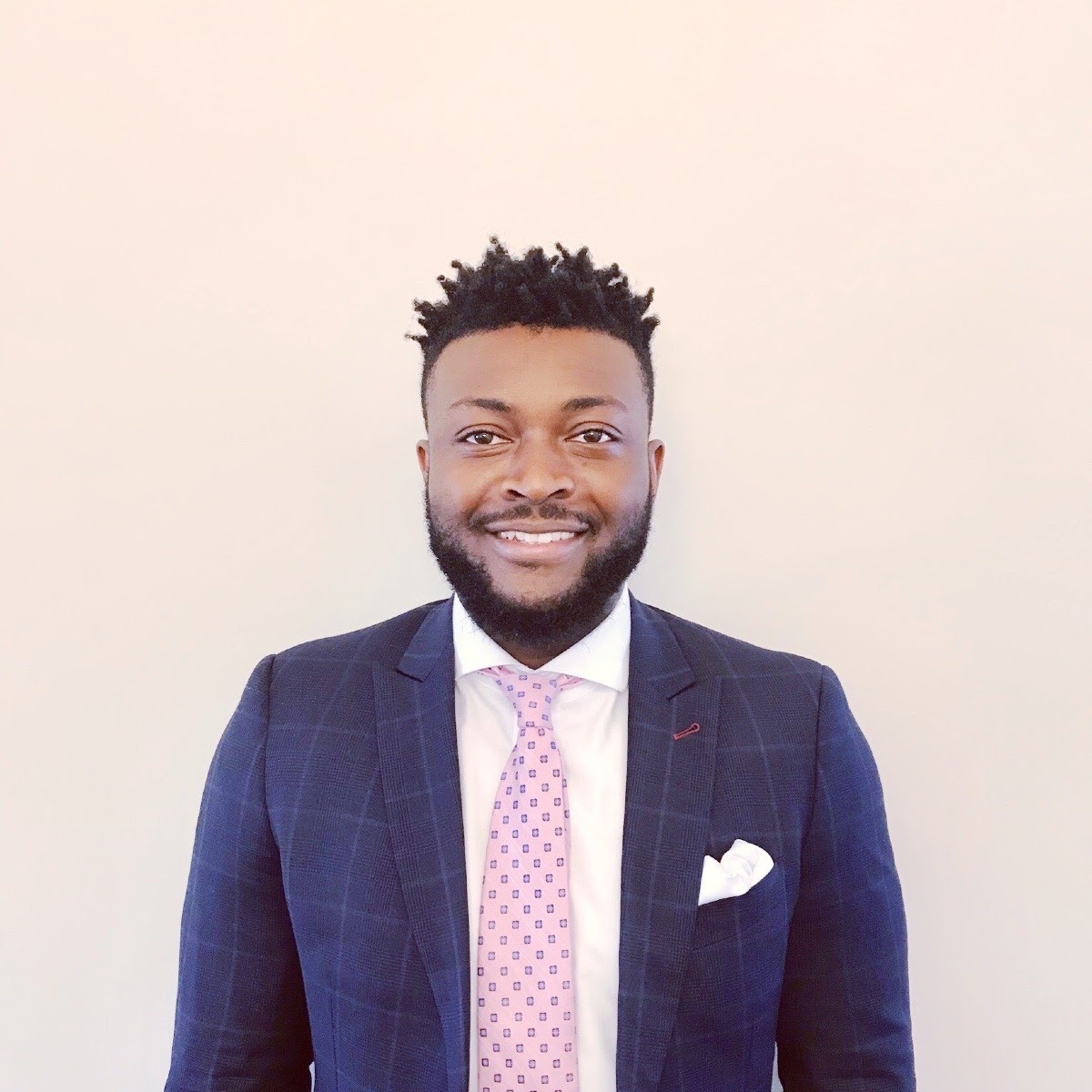 Co-Founder, Board Member, Mentorship Board Chair

In Calgary, Chucks’ reputation as the pre-eminent marketer of it’s most prestigious real estate is unparalleled. Chucks’ clients benefit from his sole focus: the achievement of the highest values of their homes, while providing a discreet and bespoke real estate experience.

As a former professional athlete in the Canadian Football League, Chucks relies on discipline and a strict work ethic to tackle intricate details involved in a transaction beyond the expectations of his client. With well-rounded experience and attention to detail, Chucks caters to the needs of discerning individuals globally and in Calgary’s most prestigious neighborhoods.

Chucks is a highly sought after luxury real estate advisor who employs a client-centered philosophy with result-driven mindset, and a modern outlook on real estate marketing. Chucks is uniquely able to leverage his relationships with media, private bankers, and 23,000 connected advisors in over 70 countries within the Sotheby’s International Realty network to market the most significant properties. Chucks is passionate about volunteering his time and money to support various charities and causes. Currently, Chucks serves as a co-founder and the mentorship director with the Calgary Black Chambers, a not-for-profit organization consisting of professionals working to foster and support diversity in and around Calgary. 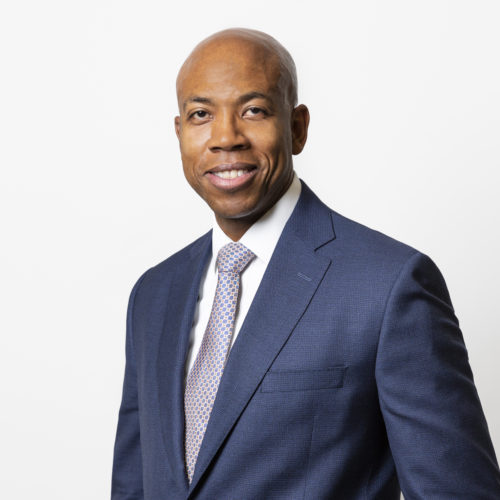 Michael is currently Chief Operating (COO) and Chief Compliance Officer (CCO) for Accelerate Financial Technologies Inc, an innovative investment management firm specializing in exchange traded alternative funds. He has over 20 years of financial and investment experience including early roles in fund valuation at BMO and Dejardins and risk management at BCE Inc.  After moving to Alberta in 2008, he took on the role of Director of Risk Management and CCO at Auspice Capital Advisors.

In 2013 he moved to Ross Smith Asset Management ULC as SVP Accounting and CCO,  where he was part of the executive team that managed award winning hedge funds. Prior to his current role, Michael was CCO for Carecana Management Corp., an Alberta based registered investment fund manager. Michael attended the University of Concordia where he graduated with a Bachelor of Business Administration and then a Masters of Business Administration.

An information technology and business leader with a powerful combination of skills in sales, consulting, strategy, finance, customer insight, and technology innovation. Charles has an MBA from Queen’s University and a degree in computer engineering. He was Chair of the Board of Directors for the Centre for Newcomers, one of the largest immigrant serving agencies in Calgary. 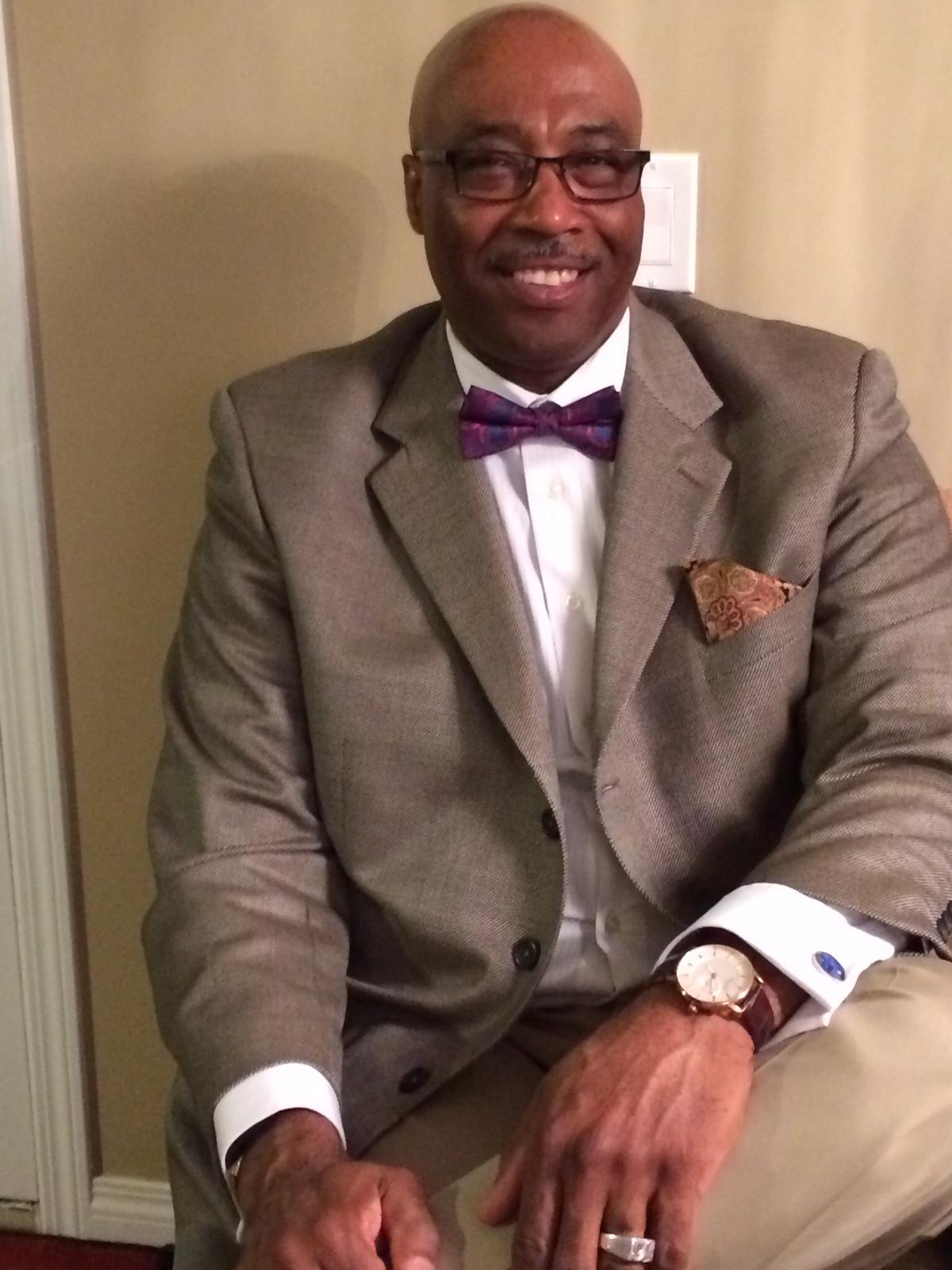 One of my greatest achievements is the design and modeling of the world’s largest Pressure Separation Vessel in Canada on the Aurora Mine Project, support in working on Design Memorandum Basis (DBM), Front End Engineering Design (FEED), through to issue for Construction (IFC) and turn over for commissioning projects.

Safety is paramount to all project undertaking that produces safe innovative fit for purpose design in fabrication, modularization, and installation.

Provide leadership on the project, mentoring, training, guidance, and technical expertise to the individuals assigned to the team. Ability to pull diverse perspectives together and meeting project schedules.